Halesowen BID are working closely with Dementia Friends Champion, Tracey Tomlinson, Sue Hannaford, Halesowen and Rowley Regis Rotary Club, Anita Pearce from Home Instead Senior Care and Ian Dale, District Commissioner for Scouting. The have formed an action group that are passionate at developing Halesowen as a Dementia Friendly Community.

Bringing together people from different sectors of our community is proving beneficial to the implementation of raising awareness of this condition.

BID staff have been trained in Dementia awareness and along with the support of the action group will be cascading this across the BID area, to both the retail area and the commercial and industrial areas too.

Along with the dementia awareness the team are looking to get people involved with their ‘Soundtrack’ events, which encourages carers to create personalised playlist for dementia patients, thus using music as therapy. Playlist for life is a charity that uses personally selected unique tracks to develop the use of the brain, recollecting special memories for both the patient and carers alike. www.playlistforlife.org.uk

When the BID Manager Vicky Rogers first went to a Playlist for life session that was hosted by the Halesowen and Rowley Regis Rotary Club, she said it had such an impact on her that she had to become involved.

There are 10300 people living with dementia across the Black Country and 2744 of these are within the Dudley Borough. Halesowen is hoping to lead the way for the other townships to follow.

Local businesses are already coming on board to show their support by doing small things like offering space for us to hold awareness sessions on Wed 22nd May which falls into Dementia Action Week.

Halesowen Library in the Cornbow Shopping Centre, who already support Dementia Friends is holding the first of the sessions at 10 am. The library will also host a mobile help-point which will be used for community events across the town.

The evening awareness session will be held at Swanky’s Wine- bar, High St 6-7 pm. The Owner and manager was pleased to offer his support as he had felt the impact of having a loved one with dementia.

Since the action group first met at the beginning of April, things have moved along swiftly and we are excited that GSM at Asda, Cornbow Shopping Centre are looking to get involved and roll out training to their staff.

If you would like to get involved with this then please come along to one of our sessions on Wednesday 22nd May. The more people who are awareness trained the better it is for the community of Halesowen. 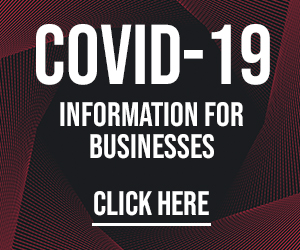 What is a BID?

Halesowen Town Centre was once a thriving business community but in recent years has faced a number of new challenges.